Continuing the conversation of custom Space: 1999 figures, the examples are almost limitless. There was some serious focus on the “singles” as that was the only customs out there that have been produced. Some boxed editions, some clams, and some carded. Figures Toy Company really expands the possibilities with the fit and finish of some really good packaging ideas. They offer supplies such as single/double/quad figure clams and inserts. They also support 6 inch and 12 inch figures. There is also a limited supply of 1999 leftover accessories to put your creations together. That, in itself, will give you a major head start to achieving what you are after with a nice packaged figure in mind. And some of these ideas are not limited to just the Mego scale. Some of the artwork compliments the original Mattel figures very well.

Customs are not limited to Mego scale figures. These Mattel figure single package customs brought the retro look into the next century and really compliment the original figures giving them new life. It works with both singles and the multi-pack. Nick’s graphic design compo really makes the figures pop, especially for the two pack. It was a must to leverage the original Mattel version of the Space: 1999 logo. It had a unique look of its own that is very distinguishable.

Others have taken their ideas to new heights, although, the characters are original and never before pursued, the cards still keep with the same theme of the original Palitoy cards which is by far a fan favorite. Carried on by Classic TV Toys with their 5 series 1999 figure line, folks love longing to expand the original Palitoy line.

Once again, there are no limits to what kind of special editions one could come up with. Some of the artwork that was produced for kits or magazines in the past provide a great pallet to brush with. What would you love to see out there? What do you think would be a good example to present to Mego or some other company? 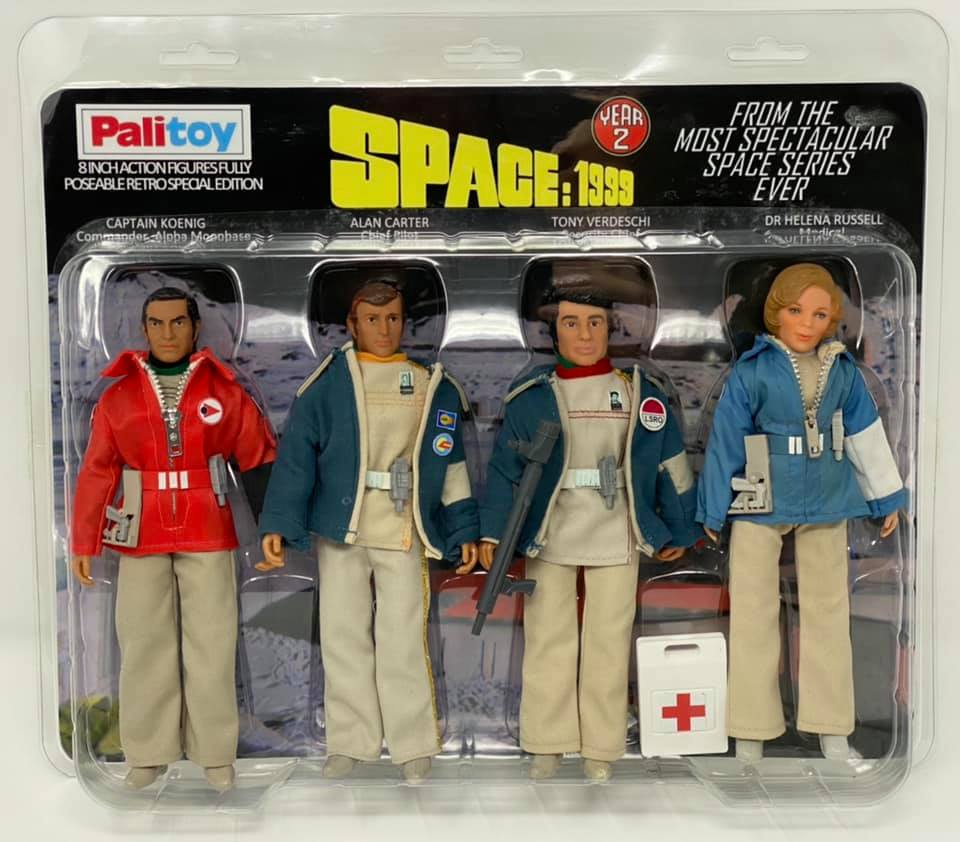